The Two Wolves and the Shepherd

Hunger prompted two wolves to attack the flock, but fear of the shepherd's dogs held them back. Finally, they came up with a plan: one wolf hid, while the other attacked the flock.
When the dogs saw the wolf, they began to howl, alerting the shepherd, who also saw the wolf. "Get him!' the shepherd yelled, and the wolf led them all on a merry chase.
The other wolf then slaughtered the defenseless sheep, dragging their mangled corpses into the woods, where both wolves later enjoyed a great feast.
The worst danger is not always the one you can see.
Inspired by: Mille Fabulae et Una, a collection of Latin fables that I've edited, free to read online. I am not translating the Latin here; instead, I am just telling a 100-word version of the fable.
Notes: This is fable 87. Lupi Duo, Oves, et Opilio in the book, which is not in Perry; it comes from Desbillons. 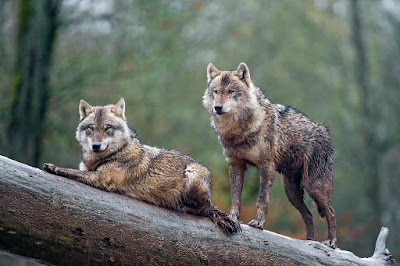